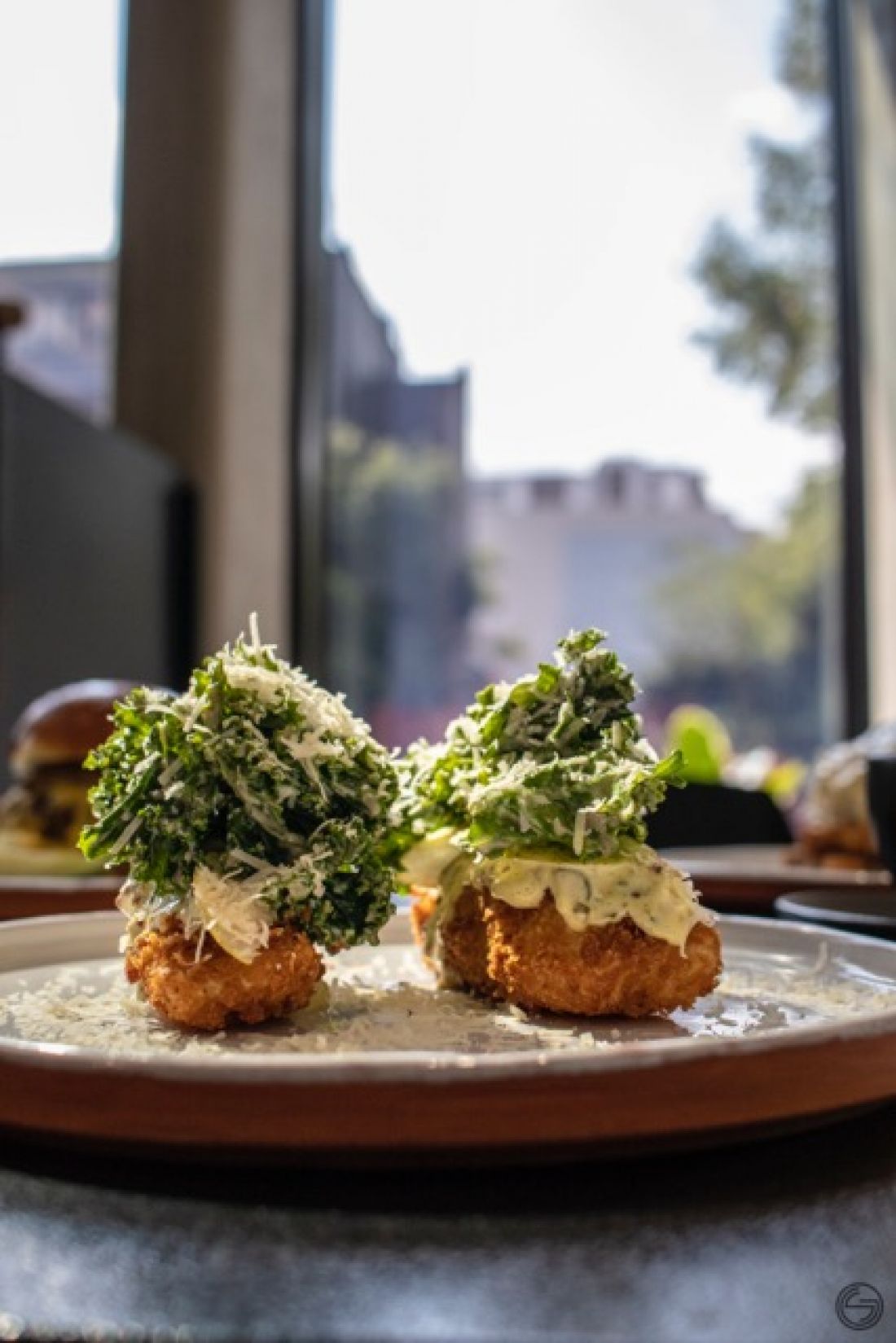 Brik Cafe sets itself apart in a short space of time

Not many restaurants or cafes in Joburg occupy quite as an inventive/ creative a space as Brik. In the building that houses Rosebank’s Art Deco firestation, the small and inviting restaurant has carved a niche for itself in a relatively short space of time, evolving into a popular place to meet up, have a coffee or enjoy a good meal.

It’s not flashy, the décor is stylish and simple, and feels warm and inviting.The food has a contemporary, Levantine and Jewish influence and is beautifully presented. Being serious about conscious eating, they cater to vegan, vegetarian, gluten-free, organic, fish fans as well as those who enjoy a good piece of meat. Their burgers (both meat and vegan) are already creating a buzz.

We would return in a heartbeat for the cauliflower salad and the homemade gnocchi, served with corn, charred leaks, preserved lemons and creamy labneh. And we heard murmurs of grand satisfaction about the picanha steak, which can be a main or served as part of a salad for lunch.

They open early (at 7am) and offer breakfasts, coffees, brunches, lunches, teas, drinks with snacks and now they do summer dinners. (They’re open for dinner until 10pm on Thursday, Friday and Saturday).

You’ll love the crockery. It’s earthy and rustic but sophisticated, and is handmade. There’s a striking crochet rope ‘chandelier’ and they try to minimize their use of plastic, so when they do use some it’s repackaged as an ‘eco-brick’ that can be used in construction.

Everything is made from scratch, apart from the things others have specialised in, like Truthery cold press juice and Caz kombucha.

Owner/cook Sasha Simpson felt the ruddy brick corner of the Rosebank fire station, the part with the beautiful bay window, was just for her. It’s about returning to how food was meant to be prepared and a nourishing menu has emerged. 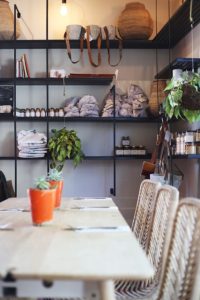 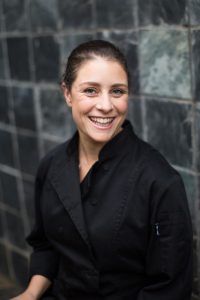 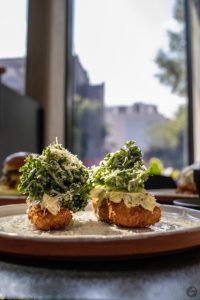 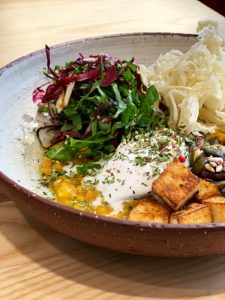 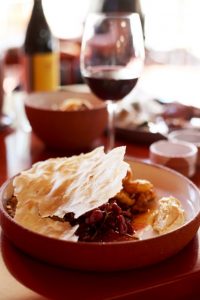 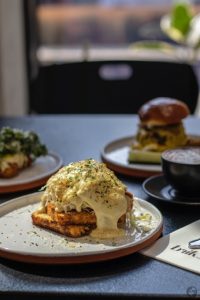 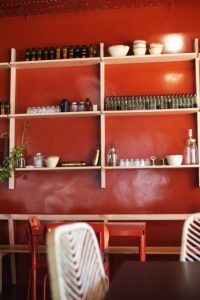 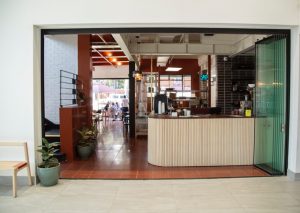